From Top Gun to Snakes on a Plane, we love a movie about flying.

Whether we’re marvelling at a pilot making a heroic landing or laughing along with some ridiculous antics in the air, there’s something about flying that keeps us watching.

So we’ve ranked our 10 favourite flying movies across a variety of genres. Do you agree with our choices? Let us know in the comments below! 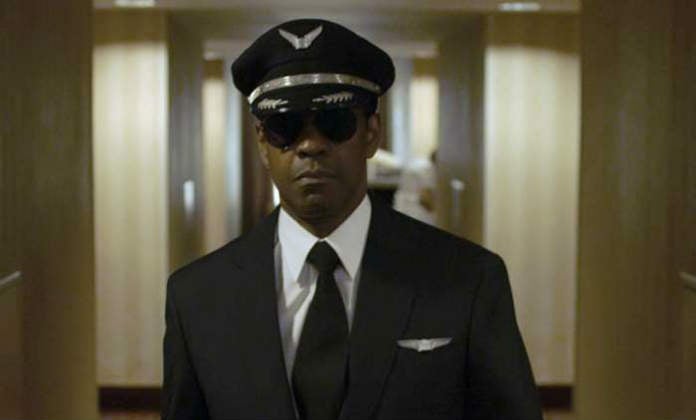 “What kind of God would let this happen?”

Denzel Washington is always entertaining and always hard to take your eyes off. In Flight, he plays a hotshot pilot with a drinking problem, and it’s fascinating to watch him go through a rollercoaster of emotions here.

Watch out for John Goodman playing against type as Whitaker’s drug dealer. 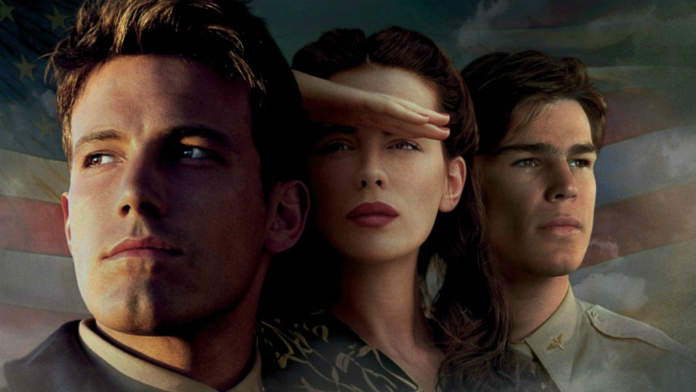 If you’re looking for subtlety, keep on moving. Michael Bay’s bombastic war film may not be big on historical accuracy or criticism of the USA, but it more than makes up for it with unapologetic spectacle.

Switch your brain off before switching the TV on with this one. 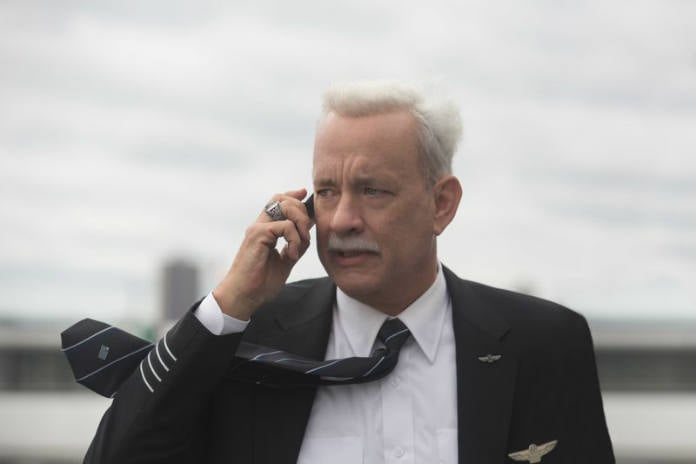 “Everything is unprecedented until it happens for the first time.”

The heavyweight team of director Clint Eastwood and actor Tom Hanks leaves you feeling in safe hands for this true story of Chesley Sullenberger.

The story of a hero pilot being sent through the ringer is a shocking one, but one that’s well balanced and captivating from start to finish.

7) Snakes on a Plane 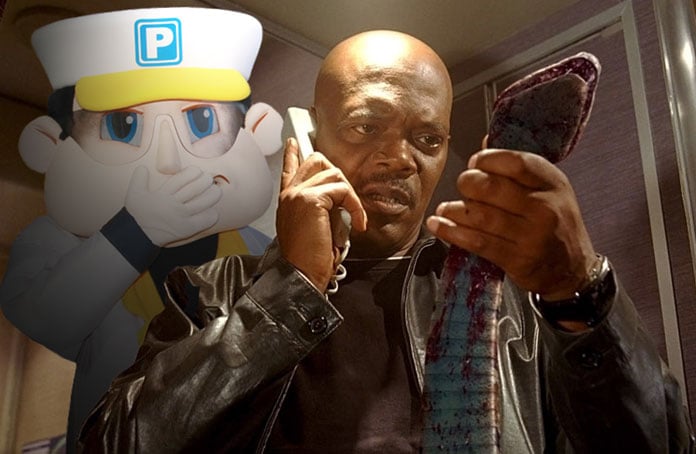 Everything about Snakes on a Plane has to be seen to be believed. From the ridiculous title — that Samuel L. Jackson insisted couldn’t be changed or he’d walk — to the central plot of a plane full of venomous snakes being used to kill a key witness.

Watch this one with friends on a Saturday night — it’s not one to stick on with your nan! 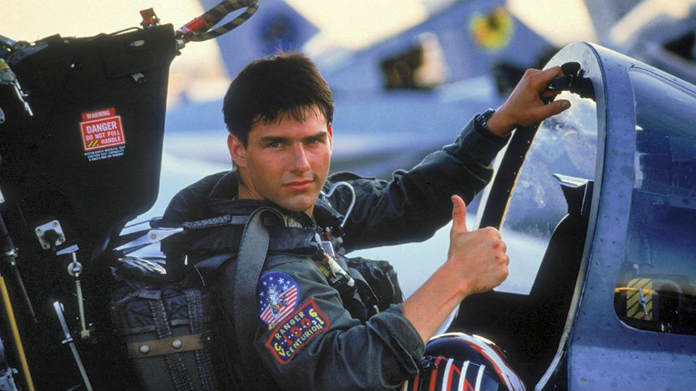 “Son, your ego is writing checks your body can’t cash!”

Top Gun is a divisive film. Some categorise it as an action classic, while others are adamant it’s a dud. The truth probably lies somewhere in between, but it’s included here because you just can’t have a list of flying movies without including Top Gun.

While the acting can be a little dodgy in places, the action scenes still look and feel amazing to this day.

“Sometimes I truly fear that I… am losing my mind. And if I did it… it would be like flying blind.”

Howard Hughes was known for a great many things, but The Aviator focuses particularly on his reputation as a record-setting pilot.

Leonardo DiCaprio is on form as the eccentric Hughes and the star-studded supporting cast makes the film a joy to watch. 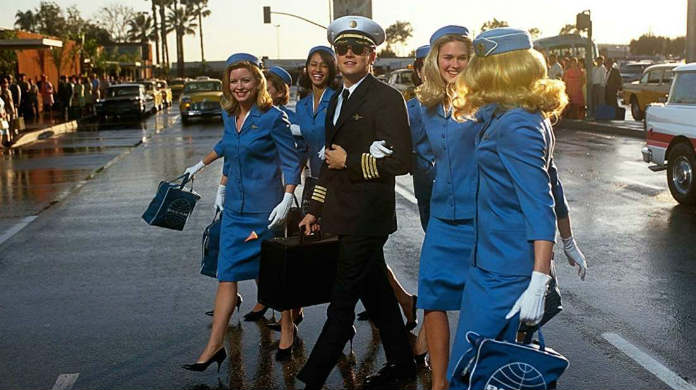 “The truth is I’m not a doctor or a lawyer. I’m not an airline pilot. I’m nothing really. I’m just a kid in love with your daughter.”

Why settle for one appearance of Leo when you can have two? Although he’s not strictly a pilot in Catch Me If You Can, the film has enough flying iconography that it’s worth inclusion on the list.

Watching this is nothing but a good time, whizzing through Frank Abagnale’s life at breakneck speed. 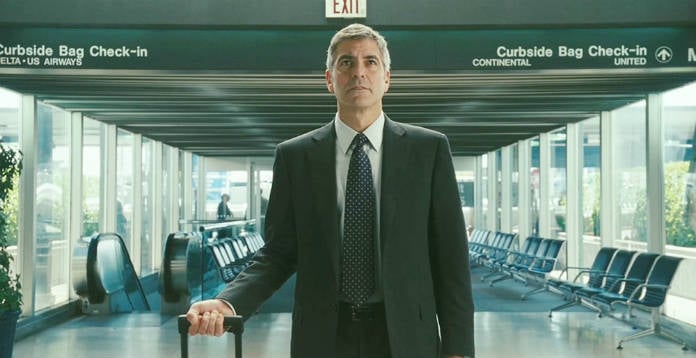 “Last year I spent 322 days on the road, which means I had to spend 43 miserable days at home.”

We’re cheating a little bit with the tale of George Clooney’s ‘downsizer’ but the title, setting and quality of the film are enough to include it.

It’s got a great sense of humour, a satisfying plot and a triple whammy of strong performances from Clooney, Anna Kendrick and Vera Farmiga. 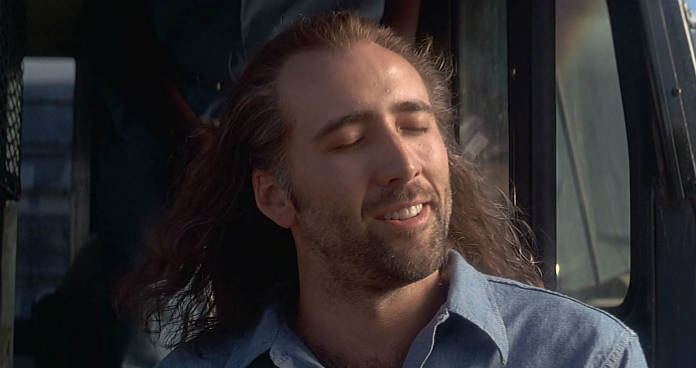 I’m not sure there’s a movie as absurd or as fun as Con Air. Nicolas Cage was big before, but this was the turning point that made him a star.

With a plot based around a flying prison transport full of crazy characters, this is one to watch at a party with a beer and a curry. 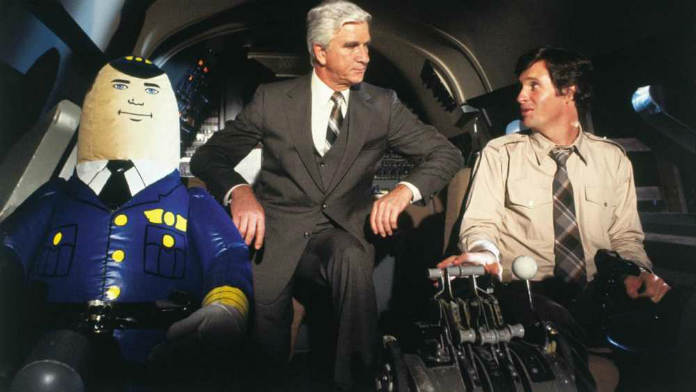 “There’s no reason to become alarmed, and we hope you enjoy the rest of your flight… By the way, is there anyone on board who knows how to fly a plane?”

What else could it be? The spoof to end all spoofs made a household name of Leslie Nielsen, with every other line striking comedy gold.

Unbeaten even to this day, you won’t find a funnier flick than Airplane!

What did you think of our list? Any other suggestions? Any films you’d rather have in the top spot? Let us know! 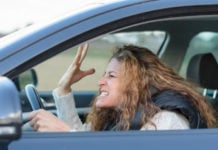 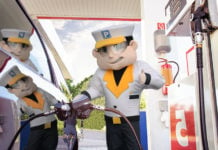 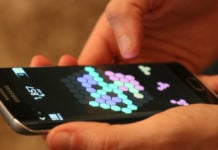