Iceland is an island of dramatic landscapes, where hot springs bubble from the earth and volcanoes erupt.

A world of mountains, glaciers and black lava fields where you’re constantly aware of the power of nature.

This exciting landscape is easy to explore, and straight out of Reykjavík is a route showcasing many of its startling natural characteristics. Termed the Golden Circle, it features many historic and geologically astounding attractions.

This ultimate guide to Iceland’s Golden Circle will have us journeying through some of the main attractions of the route, as well discovering some off the beaten track.

The Golden Circle can be navigated in a few hours, but you should allow the whole day for the endless adventures and photo opportunities. 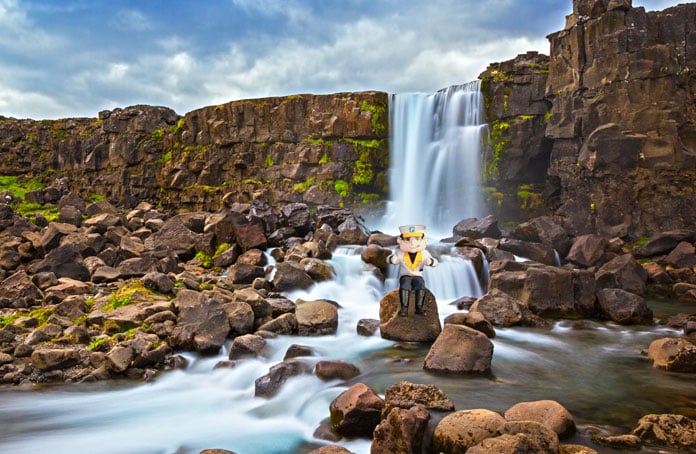 One of the first encounters is the historic Þingvellir National Park.

The Alþing general assembly convened here from 930AD right up until 1798, and it witnessed many major events in Icelandic history.

The beautiful Öxarárfoss waterfall and Drekkingarhylur pool are nearby. Steve took a tour of this particular place recently, and enjoyed the amazing views of the waterfall! — it now seems macabre that women found guilty of adultery or infanticide were drowned here.

And men accused of witchcraft were burnt at the stake at Brennugjá, the Burning Chasm! 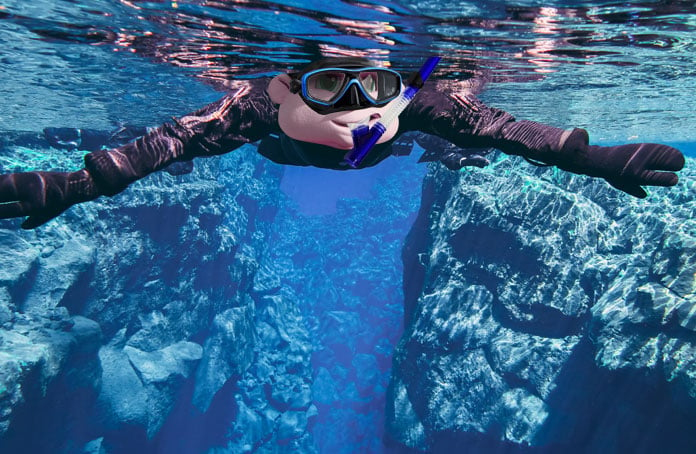 Þingvellir is home to a mass of geological history.

Much of Parliament Plains is covered by Þingvallavatn, Iceland’s largest lake and the Arctic char that populate its waters have evolved into four subspecies due to their geographical isolation.

Even more exciting, the area is situated on the ever-moving boundary of two tectonic plates. The Plains’ jaw-dropping rift valley and its many rivers, waterfalls, lava caves and fissures are the result of the interactions between the plates.

The plates can be seen in action at Silfra Fissure. Steve decided to have a go at Scuba Diving this crystal clear water too!

Full of glacial water from Langjökull ice cap, the water is near to freezing all year round and diving or snorkelling here is not for the faint-hearted. But, if you do take the plunge, you will have a unique experience. The fissure is the only place on earth where you can swim between continental plates.

After freezing in the Silfra Fissure, a detour to Fontana Geothermal Baths, Laugarvatn is recommended.

Take advantage of the incredible geothermal energy there and have a steam bath. Once warmed up, it’s worth trying the rye bread. What makes it stand out is that it is baked in the hot sand! 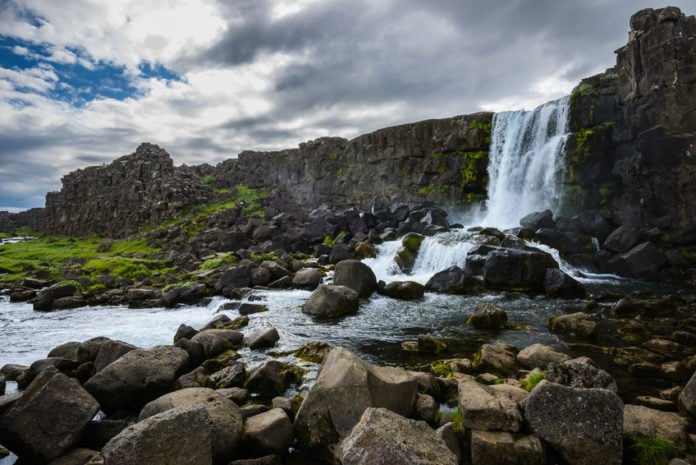 Further along the route is more geothermal activity.

The earth’s crust is cracked at Haukadalur Valley; hissing steam and gasses combine with a sulphurous stench from its depths. Mud pools and mineral deposits pockmark the surface, and geysers shoot boiling water.

Although visitors flock to see Strokkur and Geysir, they’re not the only ones in this thermal zone. Although smaller, Litli Geysir and roughly thirty other geysers and thermal pools inhabit the area.

After the world of rotten eggs and boiling water, you may need some respite.

Next stop on the ultimate guide to Iceland’s Golden Circle is the Gullfoss Waterfall — dramatic falls surrounded by banks of mist and rainbows (if the sun’s shining anyway!).

Visit in winter and the scene is spectacular, with the cascades glistening with ice. Created by the Hvítá river thundering 32m down a narrow ravine, the Golden Falls rouse high passions.

Sigríður Tómasdóttir threatened to throw herself off the falls in 1907 when they were earmarked for a hydroelectric project. She walked barefoot to Reykjavík to protest the plans. 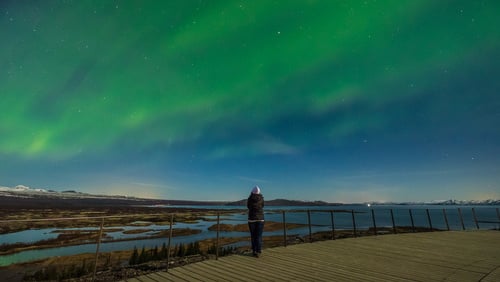 If Gullfoss has inspired you, further downstream are Grade II-listed rapids at Drumboddsstaðir for a spot of river rafting or kayaking.

The river has calmed down by here and is perfect for families, but for a more thrilling experience, try leaping into the freezing water from an 8m drop!

And if you’d rather stay dry altogether, head to Langjökull for the opportunity of snowmobiling on a glacier.

Last but not least is the caldera, the remains of a collapsed volcano, forming Kerid crater lake.

Minerals from the earth have turned the oval pool of water at the bottom bright blue, contrasting vividly with the red volcanic rock and green moss. The caldera has great acoustics, and Björk once performed on a raft floating in the middle of the lake.

Iceland’s Golden Circle offers experiences like no other. From mountain ranges and valleys to shifting tectonic plates and geysers, it reminds travellers that sometimes, the earth really does move.